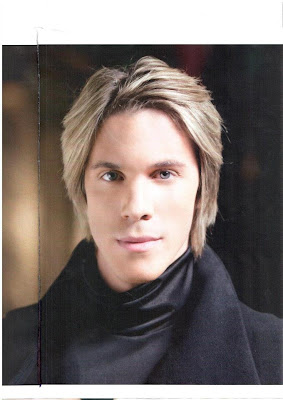 Radio broadcaster of the Melody 88 Manos Kornaros once again organized an interview with Nikos Economopoulos at the programme “Music Stars” (Mousika Asteria). Year ago their conversation was dedicated to the multi -platinum album “Doro Gia Sena”
This time the topic was about Nikos’ new CD “Tha Eimai Edo”, which went Double Platinum within two days of sales!

Here are some thoughts, feelings and revelations that Nikos shared with with the listeners of the radio Melody 88:

1. He believes that the fact CD went Double Platinum in 2 days is saying that it was a good work done.
2. He thinks, that CD “Tha Eimai Edo” in general made as always: it has some laika and some pop songs of various kind the new is, that there are some new collaborations with authors there. Among them are Christodoulos Siganos and Valentino, Georgos Sabanis, Phoebus, Dimitris Paraskevopoulos and Panagiotis Mandilaris

3. Nikos likes the song “Poutana Stin Psichi”. He admits, that in his personal life he can swear to express some negative feelings, so, form that point the song shows the truth. The situation described in this song does not reflect the life experience of him, but still it is a truthful story, which happens to people.

4. He believes he sings for people and about them, that’s why his songs can be not reflecting his own life experience.

5. The songs for the CD he selects by liking the words and, of course, music. Music must be having laiko song elements and to be not that much modernized.

6. He said about award night, where his “father” in music, Giannis Parios, was one of the guests. Also there was Elli Kokkinou Nikos works together at “Fever”.

7. The collaboration with Despina Vandi and Elli Kokkionu at “Fever”goes perfectly well. The season in “Fever” will last till March.

8. The person who did and who is doing a lot for Nikos is Thanasis Papageorgiou.

9. For the New Year he would like to wish himself and his family health and happiness, but even more he wishes it to other people, who have many problems in the time of economic crisis.
Manos Kornaros Melody 88 Nikos Economopoulos Nikos Oikonomopoulos