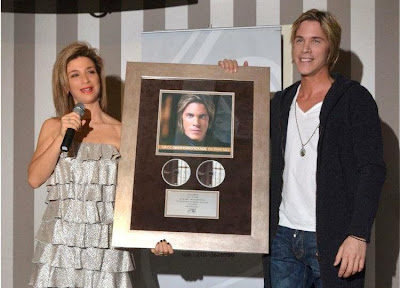 On the 19th of December, 2011, Nikos Economopoulos was awarded with the Double Platinum CD for the new album "Θα είμαι εδώ " (I'll Be Here), which became loved instantly by audience. The famous singer had his award celebration in a popular venue “Yaya” in Kolonaki, where quite a few well known people from the television and art were to be found. 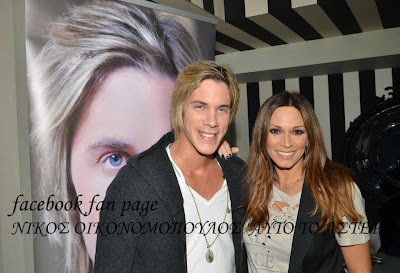 Elli Kokkinou, which is working this year together with Nikos Economopoulos and Despina Vandi in "Fever", was among the first found there to congratulate the well-known singer.
Sunny Baltzi with Maria Stamateri, Giorgos Sambanis, and Giannis Parios were also there.
Nikos Economopoulos caused storm of controversy and created a real sensation with one of his new songs “Πουτάνα στην ψυχής" (Whore in the Soul), when first time presented it last week at the Dream City and won the love of the public.

The album “Θα είμαι εδώ" includes 14 songs carefully selected one after another. . The song "Και τη έγινε" (So, What’s Happened), which is on the top of radio airplay, is the first collaboration of Nikos with Phoebus.
Straight next after that, before the release of the CD, the song "Καλή Καρδιά" (Good Heart) by Valentino and Christodoulos Siganos was shown on radio and it was a success. 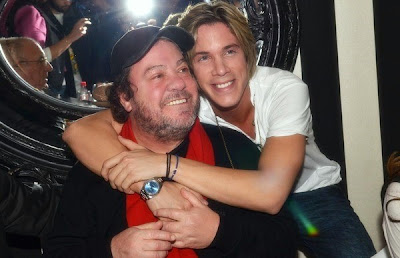 Giannis Parios was speaking about Nikos, answering to the MegaTV questions and he said, that Nikos Economopoulos is a very good and pure young man, as well as a very hard working and very talented artist. 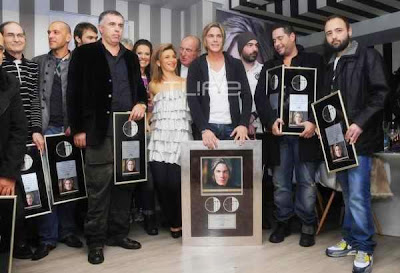