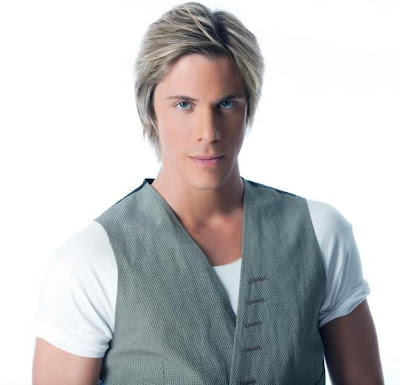 In the recent interview to the programme "Paideia Tou Sol” ( Chldren of G) at radio Aigaio, Nikos Economopoulos was answering the questions by Georgos and Giannis Solaris.
The main reason for the interview was the fact, that the new album by Nikos "Θα Είμαι Εδώ" ( I’ll Be here) became double platinum in the first two days of sales.
Nikos said he is always saying thanks to God and to the people who support him.
The topic went to the subject of the economic crisis. Nikos is feeling nostalgic for the times, when the childhood was carefree. Now many children have to work from the early age, such as 12, instead of playing.
(By the way, Nikos in his childhood was working in the fishery of his father). On the other hand, if the young people want to work, there is no job.
Regarding his work together with Despina Vandi and Elli Kokkinou in “Fever” he said, that the season there will last till March. He also said, that the relationship between three of them goes very well, even though they can’t be as close friends, because thy are women and have their families. Three of them are doing everything people to have a good time there, in “Fever”
Georgos mentioned, that so many people in FB love Economopoulos and
Nikos said that he also loves them and this is a relationship on the distance, but it is a sincere one. Even though God gave him a gift to sing, Nikos does not feel like he is something special. He is working, same as other people are working in various fields.
Georgos said that there are some messages with questions form the FB fan page “Νίκος Οικονομόπουλος Αυτό το Αστέρι”. Nikos said, he knows these guys and that he likes very much what they do.
While answering to one of these FB messages in regards the things he does not like, Nikos used a quotation from his new hit, the song “Poutana stin psichi” : “The lie, hypocrisy and selfishness”
For the New Year Nikos would like to have happiness, love, joy and his job; he is satisfied working, he does not depend on something as long as he is working and his time is busy with his work. And if no singing, he would love to be involved in the car racing.
Answering to Giannis invitation to come one day to spend time on Syrus, Nikos said that he does not have much time for holidays. He also said he appreciates their support of the laika songs. In Athens this genre is having less attention form the radio stations.
That many people now want everything foreign on radio and laugh at Greek music. But he is going to sing laika songs till the time he’ll die.

“Paideia tou Sol” invated to the radio station a girl, which is a big fan of Nikos to ask him a few questions.
Eleutheria Dalmira was many times at Nikos’ concerts, she has got some photos together with him and she is a very passionate his admirer. So, before the questioning, she expressed her admiration with his singing and the new songs form the album.
Eleutheria asked Nikos about his communications with fans, who come to his dressing room after the concerts.
Nikos said, that he is having many visitors at his dressing room to take photos and sign autographs. He likes to say jokes, but he is having a very short time. And people complain, because they are waiting for so long
“What can I do? May be to cut myself in half?” (laughed)

At the end of the topic “Paideia tou Sol” and Nikos exchanged some jokes and Christmas greetings. 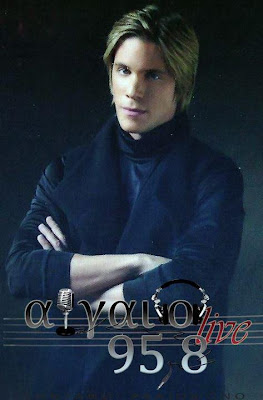