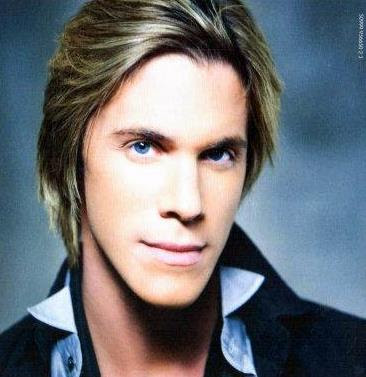 The recent interview with Nikos Economopoulos,hosted by DJ Dimos (“Mousiko Kokteil”, Radio Grevena) shed light on many aspects of life and work of this remarkable singer.

The range of topics was really wide and the responses were very deep.
For the start Nikos wished everybody and himself health in the coming year, as he believes that it is the main condition of life.

He also expressed his thanks to his many fans, including those who lead his numerous fan pages in Facebook, for supporting his every step.

Speaking about himself, Nikos admitted that he does not like the fact that he is nervous, sensitive and moody person.

Here we will make our first note on the margins These characteristics named by Nikos are the very peculiar qualities of the artists and to deal with them can be just as successful as up tilting at windmills, like Don Quixote.

Regarding whether he has any regrets, Nikos said that he had no regrets about anything. Mistakes are happening in this life, but in any case he has no regrets about what has been done, especially about the choice of songs in his albums. He loves all the songs, recorded by him.

He did not take great risks in his life but he is afraid of nothing except a hospital bed, where he would not like to be.

Here we note: Nikos on stage proves he is a brave man, but no less important that he is not afraid of difficulties and hard work as we learn it from what he does and what he says.

The negative reaction and the superficial criticism irritate him, because he believes that those who judge usually can not achieve anything, they just want to come across, showing whatever was hidden within them.
Never the less, Nikos believes, that if we want people to become better, each of us must start with themselves.
He sees a lot of lies around, some people, especially in show business, are “stepping over the corpses” to achieve their own goal. There is no sincere friendship and love there.
That's why Nikos stressed he does not like to be around “fake” people and work with them. Even though, as he said, they can do nothing to him.
We note: When the honest and sincere person like Nikos, starts judging possibilities of the opposite type of humans, he can be mistaken. The best idea is to stay aside from the mentioned by him sort of people, that what we think about it!

What else concerns and what matters for Nikos Economopoulos? He named poverty and hunger as the biggest problem in the world, alongside with diseases.

In this shattered world, full of jealousy, envy and evil, the family, homeland and religion are the priorities Nikos believes.

He thinks the real friendship is very rare in our time, when people try to gain something out from each other.

In women he likes the external appearance, but the most important is the chemistry between the couple.

He is lead by his own feelings, not by suggestions of other people.

Sometimes nerves take on him and he can be excessive in his reactions.. Mainly this applies to his work. But he believes, his colleagues understand him, as he wants the job to be done.
At the same time his work is more complicated than ever before, it has many obligations and sometimes he has to say "I can not do everything and do it perfectly."

We may note: The fact that Nikos admits he can’t do many things perfectly is an evidence of his maturity. We must have a commitment to excellence, but should not be upset if something we do can not reach it. After all, the essence of perfection is not attainable same as the horizon.

The show at “Fever” with Despina Vandi and Elli Kokkinou goes well and he is glad that people are happy and have a good time there.

Small details about Nikos to make the picture fuller:
He loves to drive fast, he likes the speed.
He has one little thing to keep on him all the time – this is his rosary he wears on the wrist.
He is not that interested in food, but fricassee is one of the dishes he likes.
He would dream to go to the village of Agios Vasilis ( Greek Santa Claus) , even though when he was a child he did not believe in Santa.