“I always want to go a step further in my work” (Nikos Economopoulos confesses to tralala.gr.) 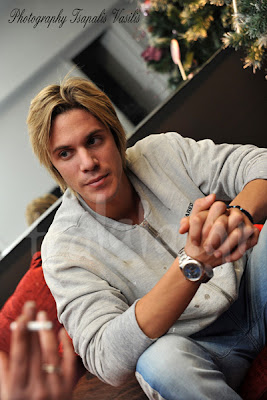 A large and candid interview Nikos Ekonomopoulos gave the journalist Riana Kourakou of tralala.gr at the beginning of this year (on the 4th of January) contained many new features to add to the portrait of this outstanding singer with one of the most beautiful voices of our time. Thanks to the accurately targeted Riana's questions and to the complete and comprehensive answers by Nikos, interview overstepped the scope of the genre and the conversation reached the level of an analytical dialogue.

Riana, same as other journalists, refers to Nikos as a young singer, but at the same time she points out his seriousness. Nikos feels himself happy to be always young, also he speaks about the difference between being young and being small: “I am not small. ''Small'' is an excuse we find to hide our thoughts and our words. One can be small meaning his mind”
He speaks with a professional grasp about the songs he sings. While answering Riana’s question regarding the large vocal range in the song: "Poia zoi na ziso", Nikos reveals one of the secrets of the great masters of singing. He says: “When you really like a song you can exceed your limits!”
In addition, Nikos talks about his caring for the style of music laika, for example, he points out one of the technical features that enable him to display it brighter: “The radio producers do not play songs with the prominent bouzouki sound. And what do I do? I put bouzouki ahead!”
Surprising is the fact that through the “love songs” Nikos Economopoulos can express his political position or his philosophy.
For example, while speaking about the song "Hanomaste" he goes on the high level of generalization: "We all share the responsibility for what happens” , and adds: “We blame only three hundred in the parliament, but we have our hands in it”
Or, in other case, discussing the song “Ola plironontai edo”, he unveals: “I strongly believe in God, but there is no hell and heaven, all will be paid here.”
Speaking of his profession, Nikos reveals himself as a true artist, emphasizing that he is always looking for a change - it is, probably, the most creative feature of a human. Here are his words: “I always want to do something different, and ... I want to go one step further in my work, I do not want to stay stagnant doing the same things.”
Being a young artist, never the less, Nikos Economopoulos has developed in himself the mature professional ethics. For example, it is visible in his attitude towards the younger artists and authors. Nikos is happy to support beginners by taking their songs for the album (it is in case if they are songwriters), or by coming on stage to say a few laudatory words about a younger performer. “Say what you feel, my brother! Say:-I love this kid, because he sings well, I see that the audience like him!,- and the singer will go ahead. Say it finally!” – he exclaims. 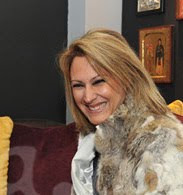 The conversation was lengthy and touched upon many important things. Among them were the discussions of individual songs from the album and harping on their names, the story of collaboration with Despina Vandi and Elli Kokkinou and a declaration of love to the “father-in-arts” Giannis Parious.
But what is important: no matter what question was raised, behind the each answer there was clearly visible extraordinary personality of the singer, his captivating sincerity, modesty , his devotion.
So, what would be a good line to say about Nikos Economopoulos, a man and a singer?
Probably these words, he says about his most disputed song "Poutana stin psychi", would cover the biggest amount of this singer’s qualities:
“ I would never do anything to attract the spotlight. I sing songs that I like and, I believe, people like too!”
Giannis Parios Nikos Economopoulos riana kourakou Tha Eimai Edo Νίκος Οικονομόπουλος