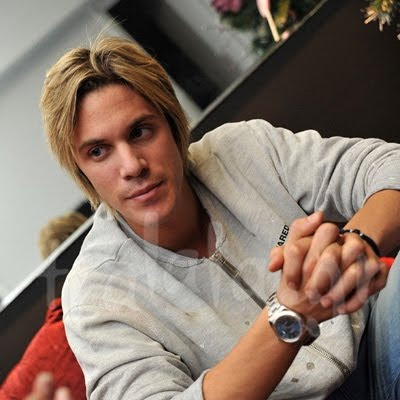 When you really like a song you can exceed your limits!

When you really like a song you can exceed your limits!

Each year it is Nikos Economopoulos' new album what makes a good occasion for our meeting with him.. And there are a lot of reasons for it! When you have a disarmingly sincere artist to talk to, the discussion can go everywhere! Without too many words ... Nikos Economopoulos!

R: Happy New Year, Niko! You are the first our interview of the year once again, same as it was in 2011 and 2010. You were our good sign, that’s why we prefer you for that case! (laughs)

N: -Happy New Year everybody! Thank you very much for liking me (laughs) and it seems I am really a good omen, for your business goes very well!
And personally for you I wish a good health to be able to do the work you love, because you love it and you are fitting it, and to have success with something new that I’ve learned you are prepared for! I wish all the people love and happiness!

R: Let’s start our discussion about your new CD “Tha Eimai Edo”! Niko, on this record, I think your voice is more mature than ever!

N: With so many DEMOs I've done, it is logical.

N: Too many!
R: Besides, as you grow the voice matures more, yes?

R: I was very impressed by the range of your voice in the song “Poia Zoi Na Ziso''. I think that your older albums were not showing this your quality so strongly …

N: It is the song that helps. I liked this song, so as a result, it became more comfortable for me. When you really like a song you can exceed your limits!

R: In this CD you surprised us with many things. One of those is your collaboration with Phoebus. The truth is that this collaboration we did not expect ...

N: Once I see a nice song, no matter who gave it to me, I take it. It has nothing to do with who has written it. But I do not like to talk about someone individually. I am saying it not in a bad way, but it is not nice to hear only one name, Phoebus, there are many authors within this work, I can’t speak only about Phoebus. There are Alekos Chrisovergis and Spiros Giatras, who are many years is in this area, Eleni Giannatsoulia, Nikos Vaxavanelis ...

R: But these are the partnerships you have had before, so we are not surprised... Phoebus, however, is a special case. And your song "Kai Ti Egine" has divided your fans, if you see the comments in you tube. Usually they embrace all your songs because they love you very much. The song “Poutana stin psychi”, which we will comment shortly, also caused the big deal of debate, and it has a reason to be discussed. But “Kai Ti Egine” is a simple song; still half of your fans loved it and the others wrote that you did not need this song, that this is one of the typical Phoebus’ handicrafts and so on and on….

N: This song is not one of the row, it is a dynamic song, if someone else have had written it, no one would say anything. However, I liked the song and since I liked it , I put it in the CD, thinking it would be liked by people too. But neither us nor our songs can be liked by everybody! 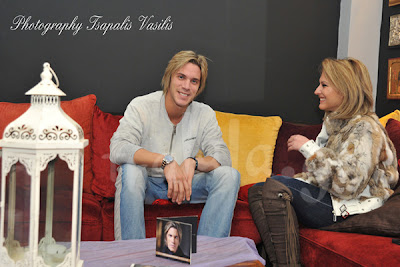 R: Another thing that struck us is that you have a song “Defterolepta tha meno” written by a young composer. This clearly shows what you said before, that if you like the song you will get it no matter if the composer is a name of the range of Phoebus or a newcomer ...

N: Exactly! This song is by Giannis Fraseris. This guy is very talented. By the way, with me he has done the first steps. And the kid who wrote "Poutana stin psychi” di not have any other song we know, it was the first one coming big. He was there at the Platinum Award night and was very excited and happy. The guy was crying there. Sometimes, out of nowhere, you can do the great things!
I enjoy working with young people, young people also have to get down the track one day, because they have things to give. Although the elders have written their story, but young people also can write, and if I will not let them make this step nobody will. At least I want to give them a good start and to help young people. I've done other collaborations with Haris Galanos and Georgos Sabanis in this CD, I recorded two songs by Georgos, which were co-written with Eleni Giannatsoulia.

R: What you say is very important, because in general in this business it is not a typical way.

N: Let us not talk about this business, it doesn’t bother me at all. I am not into PR, this is not for me, I work only for people, I was saying and I keep on saying that!

R: I think the lifestyle you have is saying a lot! We don't see you going form one party to another or doing a photo after photo ...

N: I do not like these things, they are not for me!

R:For your age is a very unusual to be like that! You're too young to think so!

N: But I am not small! At my age my father had two children, had a family. ''Small''is an excuse we find to hide our thoughts and our words.
One can be small meaning his mind. 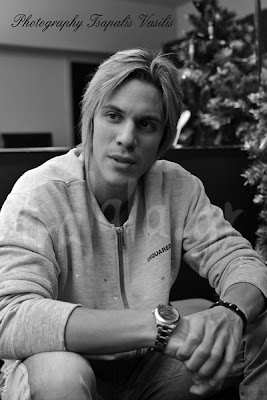 R: In an interview you gave recently, you were asked how do you feel, being a young artist and doing so successfully and you answered, that even years pass, you will be forever a young artist! Did you hide some bitterness behind those words? Does it bother you to be called “a young artist”?

N: Not at all! I said it without this meaning…I like to be called “a young artist”, because I started young, and it means, I have a lot of time ahead.
It is your work which counts, not how old you are! Usually they say, although I do not like to say so about myself, that I'm from the best artists of the new generation, and this can confuse the situation a bit, but again, I thank them, because it is very important for me they say it! However, like they say, it is important that my songs and my personality have a positive impact on people, so far, and I hope this to be continued! I always want to do something different, and as I have said many times, I want to do one step further in my work, I do not want to stay stagnant stagnant doing the same things. I do not mean that at some point I will be singing pop songs, because I do not know how to sing them, neither anything else. I know only how to sing good laika songs.