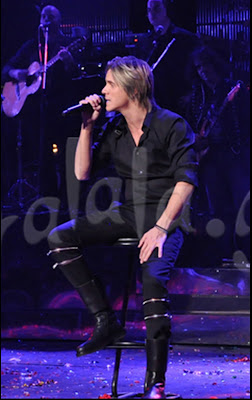 So, what can we learn about how did this event go by reading the Internet?

Cursory review of the articles from various sources creates the following picture:

On Friday night the club was packed and the show lasted till 5. 30 Am., this was confirmed in all the reviews. The differences appeared in style and in the selection of facts.

For example, a popular site Yupi.gr under "Celebrity life" calls their article: “Vandi- Kokkinou: how did the premiere go" where describes dresses of both divas and mentions the couple of their songs. Then they give us a short list of guests and that's it.

The Internet magazine “Tlife” in their publication says a bit more about three singers, but in very general words. Though, their genre is a photo reportage, so we can accept their information as pretty much satisfactory.

Now, what we read in Ourgreektv.com: The biggest attention here was paid to the Despina Vandi sexy outfit. A couple of words were said about the short dress of Elli Kokkinou, and about Nikos Economopoulos - that he sang his old and new songs (!) Well, some important guests were named: “Demis Nikolaidis with buddy friend Akis Zikos, Phoebus, Elijah Psinakis, Dimitris Kontopoulos”

The most detailed and the only proper review was provided by Tralala.gr. 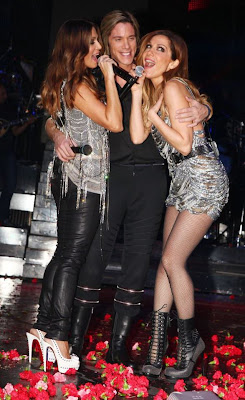 Their reportage describes not only Despina Vandi’s dress with open back or Elli Kokkionu’s “mini”, but provides musical comments as well. And in this case, of course, they could not avoid the fact, that Nikos Economopoulos entrance with his “Doro Gia Sena” was greeted by the audience stood up. Indeed, what else a male singer can propose public: no cleavage, neither opening of other parts of the body will help in that case. Only voice and professionalism are singer's weapons. And these two qualities Nikos Economopoulos really does have. That's why the public, according to Tralala.gr, was greeting every song he sang and was singing them along.

From Tralala’s article we learn, that the final part of the show was dedicated to the traditional laika song and three singers were performing old time favorites together, creating a very warm atmosphere.

At the end Tralala.gr confirms, that this show is ‘a must’ to go to.
Despina Vandi Elli Kokkinou Fever Nikos Economopoulos Nikos Oikonomopoulos Nίκος Οικονομόπουλος Phoebus Premiere