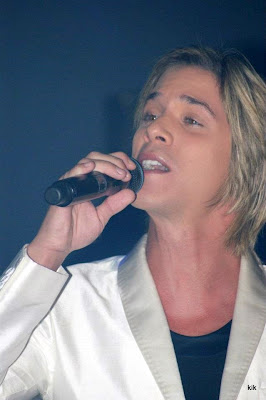 The beautiful island of Crete raged for two nights in a row on 27th and 28th of October 2011, or more precisely, a sort of “joyful insanity” swept the halls of "Gerani Palace" (Rethymno) and Olympia Palace (Heraklion), where the public’s favourite - Nikos Economopoulos – reigned.

Both concerts were triumphs. The hits from different albums by Nikos, including “Δώρο για σένα”,“Δεν είμαι καλά”, “Δεν είμαι κανενός”, “Μια καρδιά στον άνεμο”, “Σημειώσατε διπλό”, “Ξημερώνει” from the last album as well as long-term favourites, such as “Άκουσα”, “Μου 'πε μια ψυχή”, “Κοίτα να μαθαίνεις” and “Έχω να μάθω” sounded in the overcrowded halls. In addition, this youngest of the big “laika” singers performed a series of cover versions, giving to each of them his own, inimitable style. 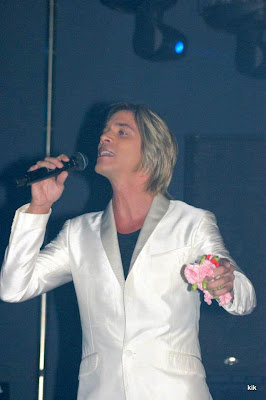 Dressed either in the breathtaking white tuxedo or, conversely, in an all-black “laika”-style outfit, Nikos, as always, charmed the audience not only with his exceptional, golden voice, but, of course, with his external appeal, enhanced by his charismatic stage manner. At both venues, the final parts of each concert were transformed into a kind of mass madness, when fans who had broken through to the stage were dancing and showering their beloved singer with flowers while trying to hug him. 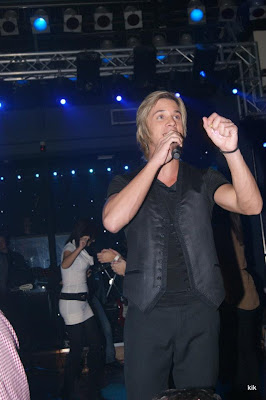 It's safe to say that the second coming of Nikos Economopoulos to Crete (the first was the summer of 2009) completely cemented his place as one of the most coveted and favourite entertainers there.

Guido
(Special thanks to Krystallenia Stavroulaki for the information provided.)