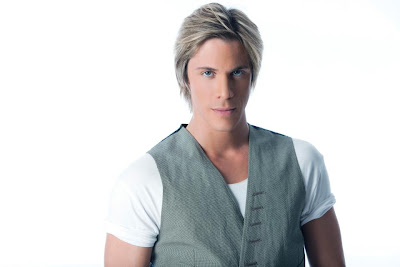 Radio premiere of the song "Kai ti egine" by Phoebus, written for and performed by Nikos Economopoulos created a bomb explosion effect. Listeners' opinions divided diametrically, the most of the comments say that it is one more success of Nikos, but some declare that it is a failure. I think a certain stereotype plays the great role in this judgment. Many of the references are addressed not even to this particular song, but in general to the idea of the cooperation between the most popular young laiko singer with this incredibly successful songwriter and producer.
In recent years, quite a young Phoebus managed to gather around him, under the auspices of his label "Spicy", a strong team of singers such as Despina Vandi, Thanos Petrelis, Ellie Kokkinou, Nino, Paola Foka and others. The amount of sales and percentage of the hits released by him confirms what his website biography says: "every work signed by Phoebus is blessed with success."
The negative critical voices we hear, blame this new partnership in the commercialism and advise Nikos to come back to the 'laika' style he was singing earlier. Let us make things clear. It is very important to realise that laika is a commercial trend in music; it is not a chamber music, neither symphony. This genre, being based on the various folk traditions, exists live on the stages of the night clubs. If the public will stop coming to the clubs (bouzoukia), this genre dies.
In fact, the entertainment music has to absorb the new trends, which means it must be enriched by contemporary sound and rhythm to coincide with what people feel like in the nova day’s atmosphere.
Now let us say a few words about the song "Kai ti egine". The lyrics of it, written by Phoebus, bear the subject typical for the “broken heart” ballade. It’s loaded with the feeling of disappointment, and slightly touched with sarcasm – generally it is quite a contrast to the previous Economopoulos’ CD pilot song “Ksimeronei” (Dawning).
Straight from the instrumental introduction we can hear how the composer is skilfully combining the sounds of the traditional laiko instruments (acoustic guitar, bouzouki) with synthesized techno voices.
The verse of the song is written as a dynamic wave. The melody slowly, like the circles of the spiral, is moving upward and hangs on the sustained long note (this is a treat for the listener, because it sounds awesome in Nikos’ voice) The chorus is placed in the higher range and has got a powerful orchestral accompaniment, enriched with bouzouki leading parts, and, as a result, sounds dramatically.
Nikos Economopoulos in this song one more time captivates the listener with an immaculate beauty of his voice. The richness of his timbre allows the singer to not use the ornamental frills, there is no need in them, because his every note sung contains enough of expressiveness. This quality, as well as the inimitable lyricism that prevails in everything he performs, are the main basics of the unique style of the singer.

So, let us enjoy the song and forget about stereotypes. The collaboration of two brilliant talents works well here and, hopefully, will work perfectly in the future too.
Kai ti egine Nikos Economopoulos Nikos Ikonomopoulos Nikos Oikonomopoulos Phoebus