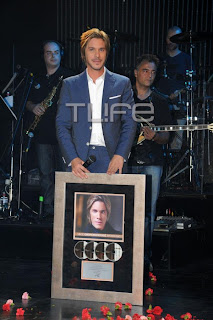 А joyful event in the musical life of took place last Friday, 21st of September, 2012,  at the nightclub "Thea". The album "Tha Eimai Edo" by an outstanding Greek singer Nikos Economopoulos   went multi -platinum! To be more exact, this CD, released at the very end of 2011 by EMI () became platinum four times.
A unique collection of songs, many of which are pure pearls to add to the treasury of the Greek song "laika", received high recognition from the audience for the biggest part due the tremendously beautiful voice and a huge musical talent of this artist. 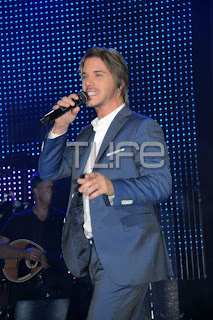 At the overcrowded hall of "Thea" the audience, the authors and the collegues and friends of Nikos Economopoulos were expressing their love and respect to the young singer, who have managed to gain a long lasting success after winning a "Dream Show-2" in 2006. Every his album was a commercial success, the three of them've got platinum, including the previous one, "Doro Gia Sena", which went three times platinum. 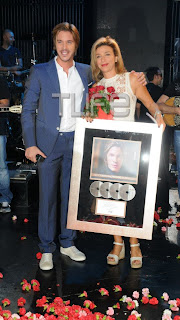 There were many touching and unforgettable moments during the evening, such as a performance of the songs together with their authors. One was on stage, when Nikos sang loved by many ballade "Pou Tha Me Pas" along with Goergos Sabanis, another one was in the hall, when Nikos approached the lyricist Nikos Vaxavanelis and proposed him a microphone. Old friend of the singer, Vaxavanelis did not hesitate to sing a few lines from the very  popular "Etsi nomiseis" - a track from the second album of Nikos Economopoulos "Akousa"... 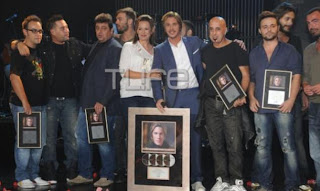 On the top of everybody's pleasure, the singer presented to the public a new work by Eleni Giannatsoulia and Panos Kapiris "Ennoiete", which made the audience completely delighted!
Nikos Economopoulos with this album and all his other records made a huge investment to the Greek musical culture, the evidence could be a letter, received from one American reader, Mr Stan Pamel, from . This letter was sent to one of the popular Nikos Economopoulos Fan’s FB pages straight after the Multi-platinum award night.

Here it is in two languages:

"I enjoy your music a lot! I am an American of Greek descent. I do not speak much Greek, but your music has renewed my interest in learning the Greek language. I also appreciate how you talk about your faith in God. It has been a long time since I was in . I hope to come back someday to see you singing!
Best wishes! "