Nikos Oikonomopoulos spoke to the host of MTV show Greeklips. 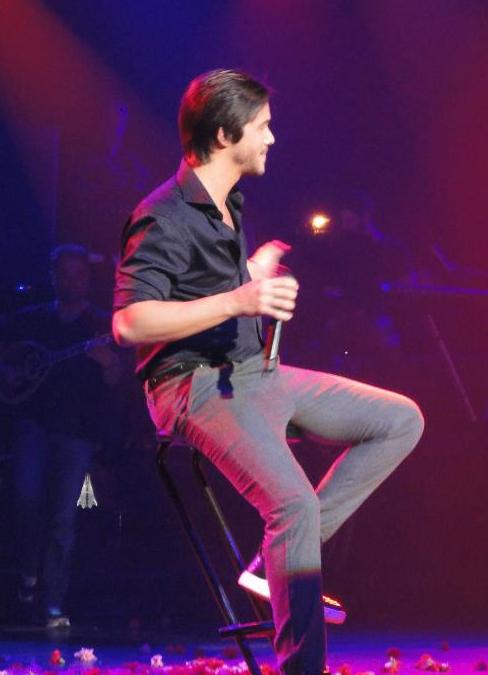 Nikos Oikonomopoulos is the first artist who appeared at the show «Greeklips»,   MTV (this was broadcast on Monday,  the 4th of March, 2013)
Evangelia Aravani, «Greeklips» host, met him at a special concert for his fans  (Unplugged party at FIX, 27.02.13.) and spoke with him exclusively for MTV.
The popular singer wished Evangelina  every success with her new show:
"I'm a very lucky sign,  so it should go well,  I  hope and believe."
"It’s not  often I have an opportunity to sing other artists’ songs and it  is something I wanted to do.
I mean songs that touch me and, I believe, other people too, "said Nikos answering Evangelia's question about  the reason he choose not to sing a lot of his own pieces that night, but songs by other artists.
Who is your favourite artist who would like to work with with?:
" Dimitris Mitropanos , a great artist who passed away recently and wanted to work with him.
I worked with Giannis Parios and we have very good relationship.  Another one is  Giannis Poulopoulos, I know him but I have not worked with him yet. "
Which is the first song you would like to sing, if any?
" Lipisou me "by Giannis Parios", this one came instantly to my mind...."
If not a talent show, would you follow your career?.
"I do not mind at all that I started from there. I went to "sell" my voice, not for something else. This is my path, but if I did not go there, still this would be my path, because I chose to do this"
Evangelia Aravani Nikos Economopoulos Nikos Oikonomopoulos Νίκος Οικονομόπουλος