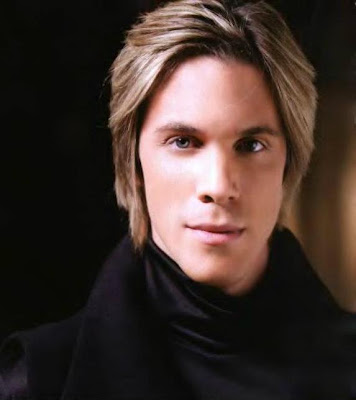 The journalist from Playboy, Paulos Papafragkos, managed to meet Nikos Economopoulos at his luxurious dressing room in the prestigious Athens night club “Fever”.
Probably, no one interview in the world can expose in full all the sides of the life of a man.
But if the conversation happens to be with an artist, even more than that – with a young and very progressive singer, who is justly called the new star of the Greek music, we expect that this story will be looking mainly to the future not the past.
However, the most detailed information brought to us was regarding the life of Nikos Economopoulos when he was a child or teenager, about his love to the song and the luck of interest to school, his work in the fishing shop and in a pizzeria, an invitation to sing in Pyrgos, and the victory in the Dream Show. Speaking about this last mentioned event, Nikos said, he believes that “one must be an idiot not to recognize the fact that after this contest his way in the music stood up”. One more time the young artist confirmed, that he does not believe in luck but in the power of desire, “if you have a strong will, - he says - then you will succeed”
Not saying much about his personal life, Nikos reiterated that he is currently single, and that he would like to create a family, that he believes the singer’s life would not affect his family life as that being a popular singer it does not mean you should “jump on every chick”
He said he does not like noisy bunch (including the carnival, which is not typical for a native of Patras), he loves cars and speed. He often goes to Achagia to see his grandmother and to catch up with his friends, whose live situations concerns him now, because there are many problems, due the crisis.
Answering questions about the future Nikos says that he dreams of becoming a singer like Giannis Parios, same big and successful.
But this is а distant prospect.
His plans for the next year or two are not foreseen. But it is not surprising, because the artists usually do not like to talk about that.

The crisis frightens him, largely because of the suffering of others. He tries to help people as he can.
Obviously, the best and the most important thing he can do - is to sing, once people come to hear it and to watch him, filling up this huge night club.
Perhaps, the economic crisis affected the psychological state of Nikos as a person and as a singer as well. He notes that he sees in people changes associated with the difficulties of time. But we, the readers of the interview, can not help but notice that the singer is no exception. On the provocative question about what he would do if the total financial collapse happens, Nikos replied the way he did two years ago: "I'll get back to fishery."
I must say that as recently as in 2011, he was saying that he would continue to work as a singer even if with no money. Now his views on the subject have changed back to what it was earlier.
On the way he talks about why he would never leave his homeland. Nikos’ trump is that he would not like to be talked about, that he washes dishes in America, though, in reality, it has long been known that such super talented people always come in handy. So, this is not, certainly, the case. We believe that Nikos Economopoulos should not be thinking of this issue just because he represents the revival of the song Laika, this trade mark of Greek identity. He is one of the treasures of Greece, which must belong and be cherished by it.
Of course, Nikos Economopulos possesses the strength and courage to survive the tough times and keep on bringing the joy to people, both his countrymen and fans from around the world, with his truly beaming radiant talent.
The hugely successful winter season at “Fever” together with Despina Vandi and Elli Kokkinou is the best evidence of that strength and power Nikos Economopoulos has got.
Nikos Economopoulos Nikos Oikonomopoulos Νίκος Οικονομόπουλος