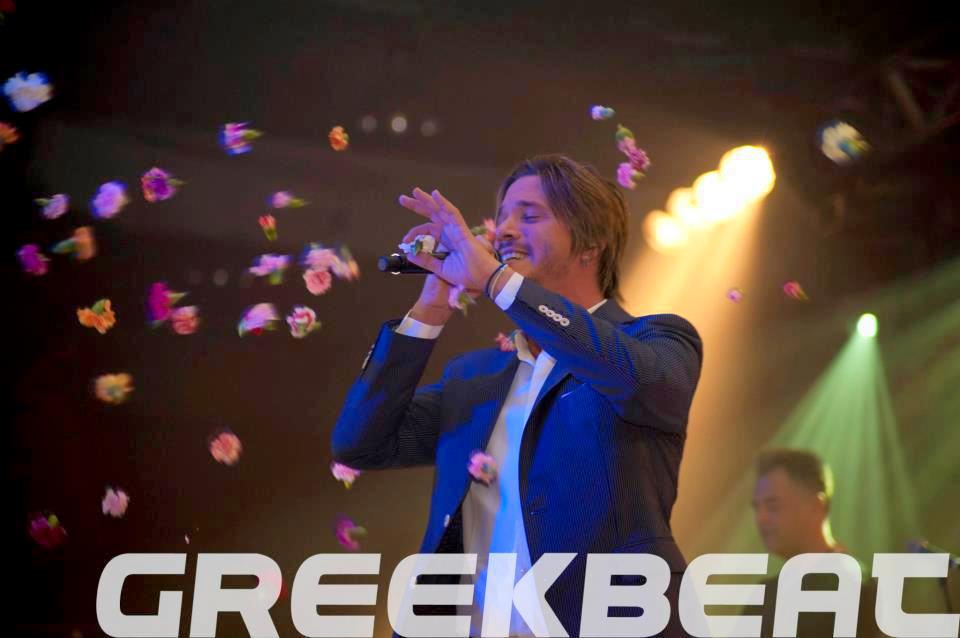 Everything that transpired during Nikos Oikonomopoulos’ maiden tour turned out like a miracle:   here was a young singer who arrived at the green continent for the first time in his life, coming as a major artist and not as an addition to a more mature, established star.   Adding to the intrigue was the fact that this Greek singing sensation was not widely known in the Australian Greek community.  Many people were asking when they saw the publicity promoting his coming performances – “Who is this guy?” 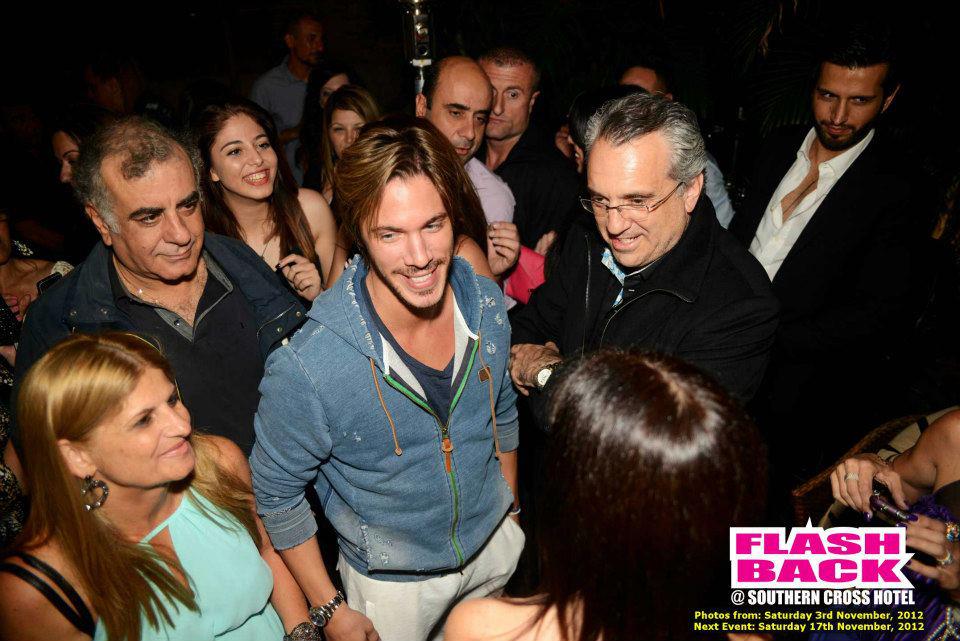 However, two large venues at (Enmore Theatre, November, 2, 2012) and Melbourne (Westgate Complex, November, 5, 2012) were completely sold out:  the front table tickets, which were quite expensive ($300 for one sit) were all gone a month before the tour.

But the major miracles occurred at the concerts:  Nikos stunned his audiences with the beauty of his voice, his performance skills and his irresistible natural charisma.   Furthermore,
Nikos conquered everybody's hearts with his humility and his warm thanks to Australian Greeks for supporting his homeland during the current difficult times. 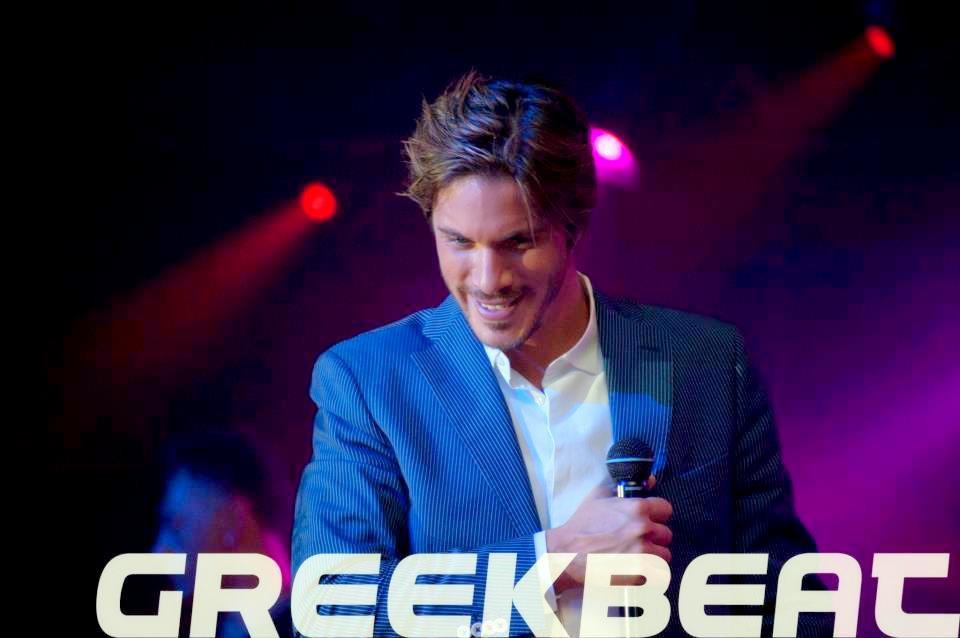 He created a unique fiesta atmosphere at each of the performances, which evolved into the apotheosis of the laika song and, on top of that, he drove all the ladies mad!   Attempts to tear the handsome singer apart began in , and almost succeeded in .  Photos can prove that. 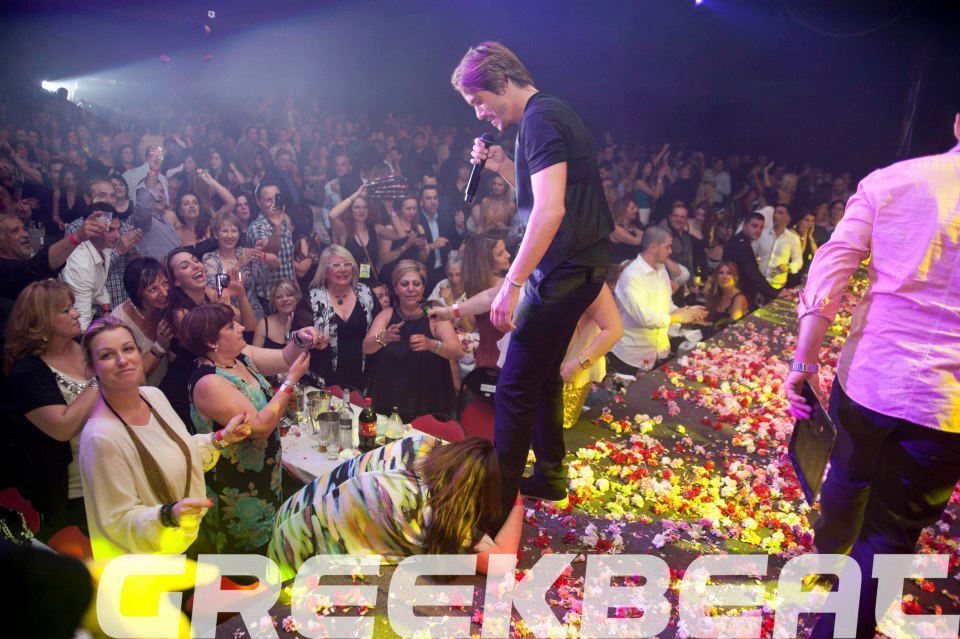 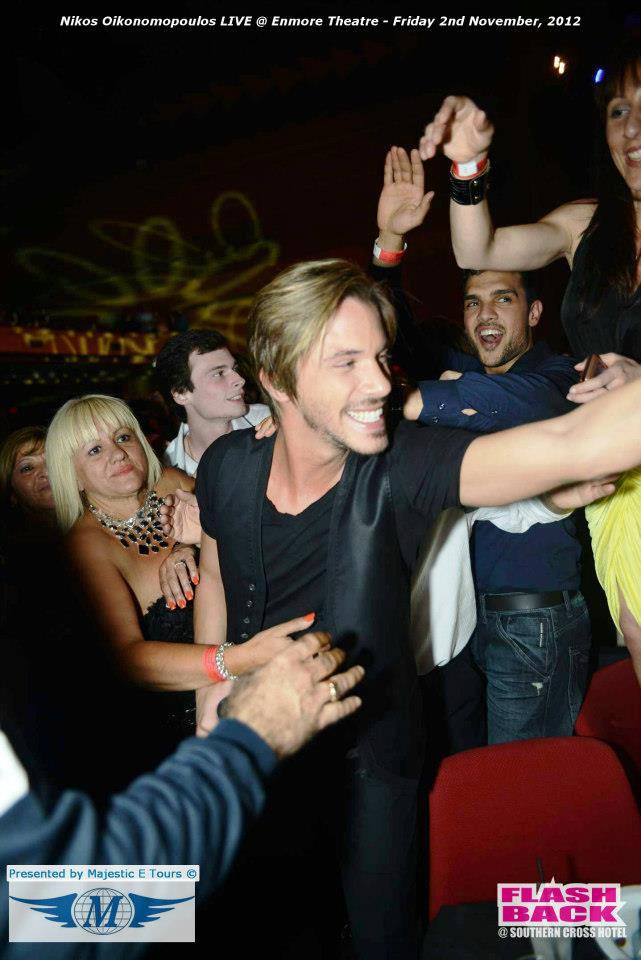 Nikos left to the chagrin of women and much to the relief of their husbands.  But this, of course, is a light hearted view of the amazing impact this talented singer had on the ladies.  In reality, every one in his concert audiences was delighted, and the news spread throughout :  our guest is a miracle, a new, young Greek God of Song! We want to see him again and again.