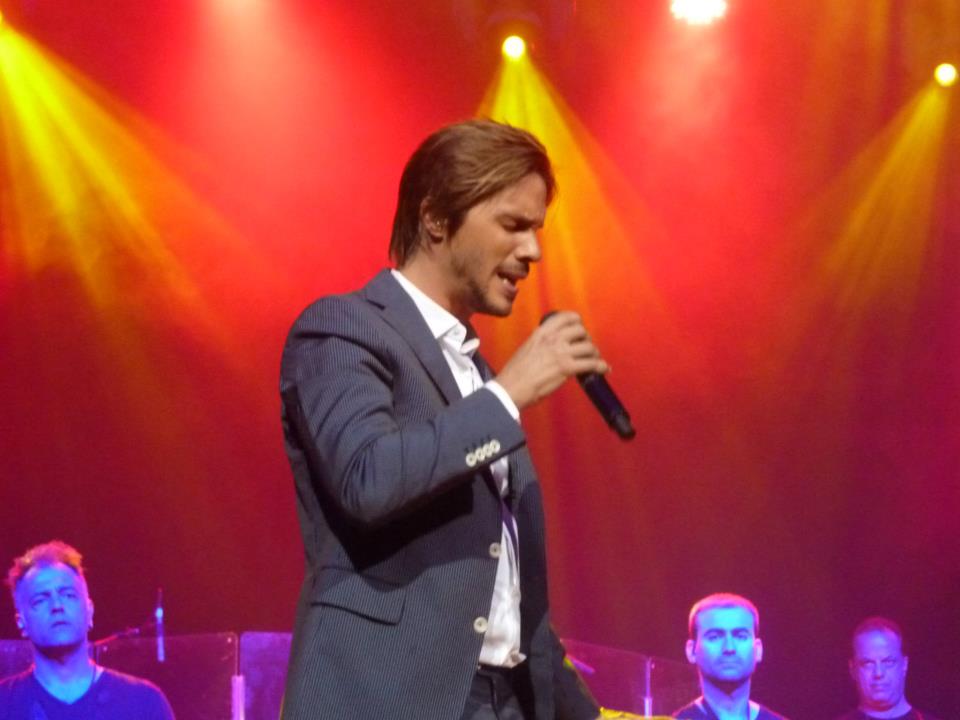 The prince of Greek song, Nikos Oikonomopoulos, powered his way through his first ever performance in , which took place at Enmore Theatre in .  Judging by the crowd’s overwhelmingly positive reception, and the size and quality of the venue, this appearance was a beginning of a new era – the time of “love Nikos Oikonomopoulos Syndrome” in !

Australians have for some time been awaiting the arrival of the brightest young Greek Star and their expectations were fully met. Those lucky enough to be at the Enmore Theatre on , will never forget this evening.

The blue-eyed 28 year-old singer had been performing live shows for more than a decade, including 6 years before his victory in the “Dream Show-2” in 2006.  It is unbelievable, but during this time he never had the chance to come to , being tremendously busy with his concert life at home.

The singer started his performance with one of his top hits “Psakse me” as if he was answering the question hanging in the air “Where have you been all this time, Nikos Oikonomopoulos?”  Flowers instantly flew onto the artist and this rain of petals did not cease while he was giving the audience one after another his old and new hits such as “Ksimeronei”, Doro gia sena”, Simeiosate diplo”, “Kali kardia”, “Tha eimai edo”, “Mou pe mia psychi”…. and many others.

With great excitement Nikos presented to Australians his new song "Ennoeitai.”  This heart-wrenching ballad, requiring the special beauty inherent in Nikos’ voice, instantly captivated listeners.  This number was followed by a few more tremendously popular and beautifully-sung hits, such as “Afto to asteri” and “Pou tha me pas” and “Akousa.”

The second part of the show, starting with the overwhelming “Poutana stin psychi,” turned into a real Greek bouzoukia party.  More relaxed, dressed in a traditional laiko outfit, Nikos showered the crowd with his original zeibekikos as well as some popular covers.  The charismatic singer went around the room, not forgetting the balcony. The people, in turn, filled up the stage, while some were dancing on the tables.  In the end, when the singer returned to his performance space, little room remained for him there.  We must say, it was Nikos who lit the fire exclaiming "Pame Ellada! Pame Ellines!"  No wonder Greek Australians decided to show their national pride the best way they could!

The young singer still managed to convince his fans to let him perform on stage and the crowd moved back to the hall. Thus Nikos successfully continued his programme, which was finished by some very popular numbers such as “Akou”, “Alimono”, “Aponi Kardia” and crowned by his "Ola gia sena" and "Den eisai entaksi"

The first concert of Nikos Oikonomopoulos in was a real sensation, it proved how amazing this enormously talented singer is and how exactly his voice, repertoire and incomparable charisma meet the needs of the Greek audience abroad