The new song by Nikos Economopoulos: Secrets of instant success 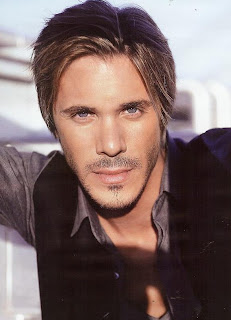 "Ennoeitai" (“Obviously”) is a rare case of the song to become a hit before the broadcast.
It gained the success two weeks before the first radio play, during the concert at the four times platinum award for the CD "Tha Eimai Edo". Such a phenomenon is possible when the artist is none other than Nikos Economopulos, a great master with an an exclusive attractiveness in his voice and that rare quality to be perfect in the live sound.
Besides, the soul exposing lyrics by Eleni Gannatsoulia and relentlessly ascending melody by Panos Kapiris made the listeners at the concert to experience an emotional turmoil.

Creator of a few time-tested hits for the first album of Nikos Economopoulos, Panos Kapiris once again has composed the music which exactly coincides with what the listener is waiting to hear from this singer: the beauty of the tune and the opportunity for a fascinating flight of his voice.

Eleni Giannatsoulia was giving pearls of her poetry for each of Nikos' albums. This time she burned our souls with nude confession of the heart where all is exposed: from the declaration of love till the hidden fears ... Nikos' voice in this song has got a really inexplicable expressiveness, combining such conflicting emotions as  love-longing and  bitterness of suffering.

Thus, the early success of the song is understandable and now it remains to be expecting the stormy growing wave of its popularity.
Eleni Giannatsoulia Ennoeitai Nikos Oikonomopoulos Panos kapiris Ελένης Γιαννατσούλια νίκος οικονομόπουλος Nikos Economopoulos