The Prince of the Greek Song Nikos Economopoulos 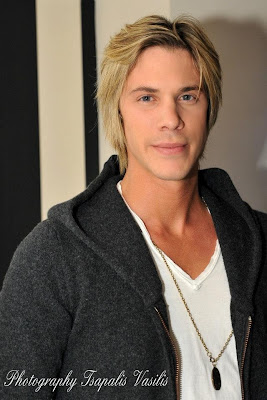 His extraordinary voice perfectly suites the “laiko” song. Powerful and melodious, it highlights the singer's repertoire, which is rich and varied. At 27, Nikos Economopoulos is undoubtedly the most brilliant artist of his generation. The talent in its purest form! The best lyricists and composers wrote for him. His new album, Θα είμαι εδώ (Tha eimai edo), fourteen beautifully crafted songs, creates the artistic event of the end of 2011: a week after its release it becomes double platinum!

With an enchanting smile on his lips, the loveliest and the most charming of Greek singers received us in his dressing room at Fever, famous Athenian nightclub, where he performs throughout the winter.

Nikos Oikonomopoulos is singing for ten years. A native of Patras, he spent his childhood and adolescence in the suburbs, in Kato Achaia. At 17, he started traveling the Peloponnese and Northern Greece, until he decides to until one day decided to register for the DreamShow (The Music) 2, known broadcast of Alpha TV - the equivalent of the Star Academy of TF1. Throughout the season, his talent burst the small screen The public was voting for him and he gained the absolute unanimous approval of the jury And, indeed, he is the great winner. It was 2006.
His recording career began instantly. Nikos released with Sony the first CD single, “Matia mou”, and his three subsequent albums, “Proti agapi”, “Akousa” (Gold), “Katathesi psychis” (platinum). In June 2008, he received the best newcomer ( video clip “Koita na mateneis”), and the following year, for the best music video in the category of Contemporary Laiko Music (“Ola gia sena”), two awards from the music channel MAD . In 2010, he joined EMI and released “Doro gia sena”, triple platinum, and in late December 2011, Tha eimai edo, already double platinum. Such a meteoric rise is based on the hard work, the challenge of continuous improvement and his love for the Laiko song. The public can’t be mistaken, it can recognize that he expresses it with his soul, in the best tradition. 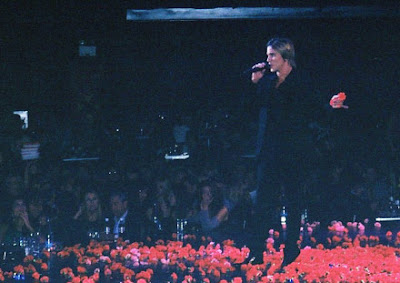 “Tha eimai edo”, presented in mid-December, in Athens, includes fourteen great songs. Songs that touch the soul, speak of love, passion and grief, songs that express the pain and suffering of everyone. Some songs stood out immediately and continuously sound on the all radio stations in Greece. “Tha eimai edo”, is a superb zeïmbekiko, which also gave the album its title. Thanks to a very inspired interpretation, with music by Georgos Sabanis and lyrics by Eleni Giannatsoulia, this touching piece surely will soon belong to the legendary love songs of the genre. “Kai ti Egine” marks his first collaboration with the most famous at the moment composer and lyricist Greek's, Phoebus, who signs the typical ballad that combines sounds of the traditional laiko instruments with synthesized techno voices.
The song “Kali kardia” for which Christodoulos Siganos has composed music and wrote the lyrics together with Valentino, is a melodious hasapiko, which became a big radio hit even before it was released on the market.

As in his previous CDs, Nikos recorded a track with lyrics by Spyros Giatras and music by Alekos Chrysoverghis, a social song, Chanomaste (We are lost), impregnated with a spirit in tune with the times, with the reflection of a fatal crisis that hit the Greece. It would be impossible if the heaviest zeibekiko of the CD, Poutana stin psychi (Whore in the soul) to go unnoticed. Even just because of the name. From the first till the last note, this beautiful song written by Panagiotis Mandilaris with music by Dimitris Paraskevopoulos has had an effect of a thunderbolt from a clear sky, from the very day of presentation. The artist once said that this piece expresses the thoughts of some men and not, under any circumstances, intended to expose women.
For his fifth big record work, Nikos Economopoulos draws inspiration from different musical genres including rock, represented by “Psakse me”, which gives some happiness to be enjoyed with relish.

“Tha eimai edo” is ultimately a jewelry box containing a precious necklace of fourteen pearls, from silver-white to velvety black - slightly iridescent; a necklace in platinum clasp, controlled, stamped and issued with a Certificate of authenticity ...

i-GR – How come, dear Niko, that a new album had become double platinum in one week and also won the top positions of Greek airplay charts?