A beautiful voice has its power in politics! 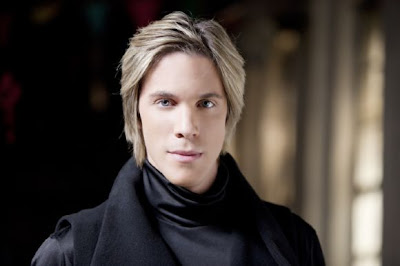 “Music is the universal language of mankind.”

Music can have a political significance only when it is good enough to win the hearts of people. You can not make a sincere song on order, it is impossible! On the other side, the song can be created as an expression of personal feelings, but somehow its emotional potential covers political sentiments of the society. It is possible only if there is available an outstanding inspirational singing voice there.

Nikos Economopoulos with his songs is an example of the natural and effortless influence on the political views.

Let us put aside some his obviously political tracks, such as “Alla mou taksane” (I was promised) and “Trelos kai anapodos kairos” (Crazy and perverse times) and see, what happens to the songs with no direct political message in their lyrics.

One sample is a widely discussed and hugely popular track # 14 from the double platinum album “Tha Eimai edo” (Pout@n@ stin psixi). We already were writing about the politic underplot in this song, which was mentioned by the former district commissioner Panayiotis Psomiadis: "The lyrics look to me political and full of resentment. As a politician I fell I should apologize to the Greek people and the youth of Greece. My generation of politicians humiliated Greece, sold Greece and the dreams of young people," he said.

But now we have even more stunning evidence of the impact Nikos’voice has on the political situation around Greece in the time of crisis.

Recently Italian TV channel RAI 1, which is the primary television station of RAI and the most watched television channel in Italy, have had broadcast a weekly TV Show “ Una Mattina in Famiglia” with Dimitris Deliolanes, a correspondent from Rome for the Greek public television channel “ERT” and an author of the book “Come la Grecia”, talking about the dramatic situation in his country. The song “Doro gia sena” performed by Nikos Economopoulos was played following the topic.

This super popular in Greece "hit" by Vasilis Gavrielidis and Eleni Giannatsoulia is a love ballade and its appearance on the programme could be not fitting the theme if not the singer’s voice. Nikos Economopoulos voice adds more meaning to anything he sings due the richness of its tone and a unique, specifically Greek laiko quality.

Typically, Greece associates with pictures of ancient temples and sculptures, of a blue sea and white walls of the houses.

Magnificent Nikos’ voice is one more Greek treasure, which awakes in human hearts the feeling of being embraced by the eternal beauty of this country.

Greece should not miss the chance to use this powerful "ideological weapon", especially in this troublesome time