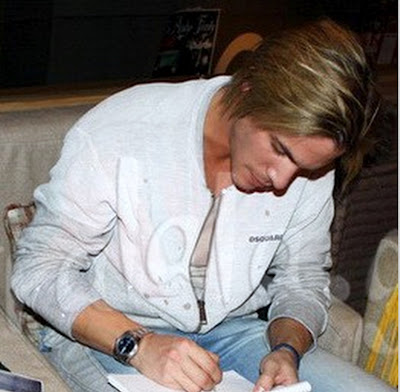 It was a big honour and pleasure for the 14th “Meet & Greet” by Tralala.gr, which took place at the Kitchen Bar in Halandri, to have Nikos Economopoulos as a guest!

The turnout was incredible and broke all previous records, which touched Nikos Economopoulos when we told him about it.

There were even participants of the competition from Cyprus and one of them was lucky to meet him up close! The fifteen years old Christina, was brought by her family for the first time to Greece from Cyprus, and the reason was her favourite artist!

This, I think, by itself, demonstrates the enormous success of the artist.

Nikos Economopoulos arrived to the meeting with his fans being one of the first, more jovial than ever, with a hunger for this meeting. He even did not want the meeting to be in a private area of ​​the Kitchen Bar who hosted us, but in the place for the patrons of the restaurant.

He did not hesitate to talk with his fans about anything they wanted and at one moment said the meeting with them is one of the truest things he has done.

As for us, we had the opportunity to learn some of his news, and here we present them to you:

This summer, he will not appear at the nightclub “Thea” as in previous years, but will tour all over Greece

The programme in which he currently performes in the nightclub "Fever", will last until the end of March

From an early age he liked to listen to laika music, so all his beloved artists are the old folk.

Between the participants of the meeting was a creator of the new fan page in Facebook called “Nikos Economopoulos, the new master'' (''Νίκος Οικονομόπουλος, ο νέος άρχοντας'')

He loves the speed of the car but not to compete on the road. The car does not need a macho

He watches only documentaries on TV

He does not believe in luck, but the goal and the will. With these two you can do everything.
By Riana Kourakou 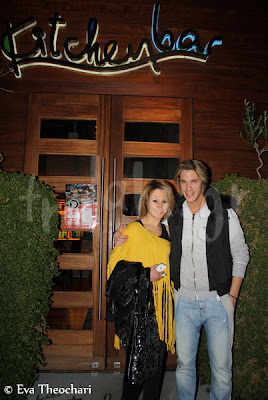 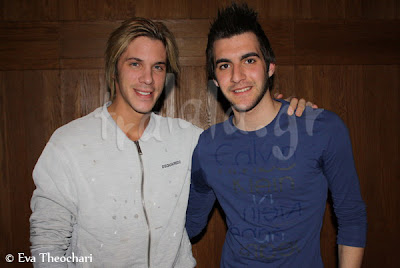 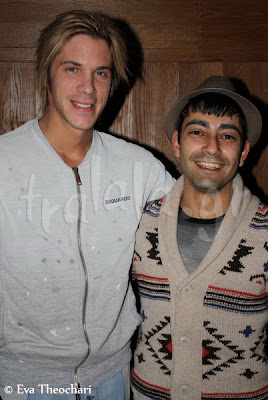 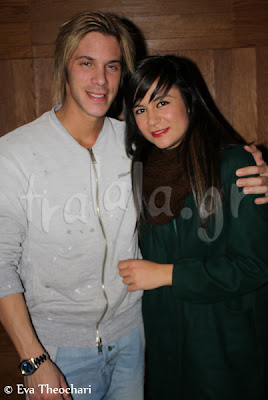 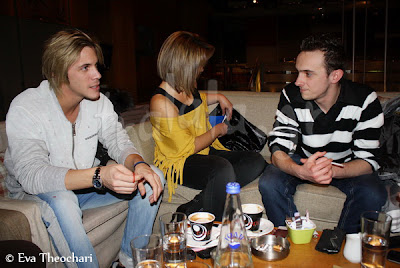 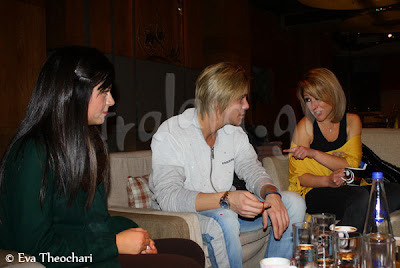 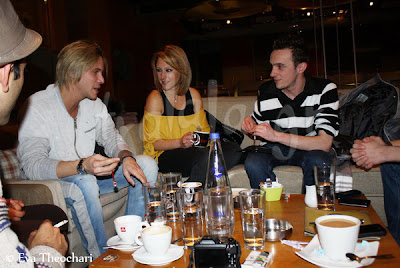 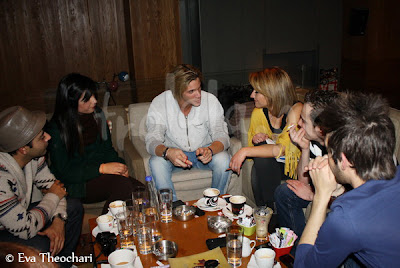 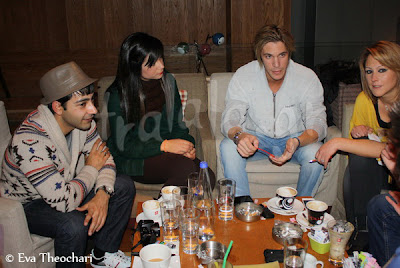 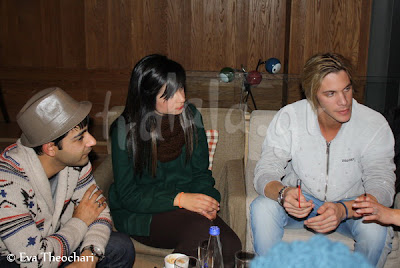