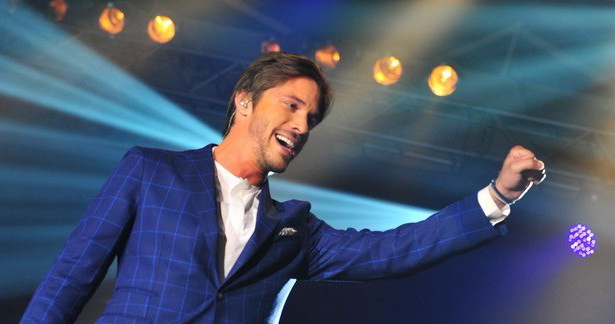 Performance of Nikos Oikonomopoulos in Messehalle Sindelfingen, Stuttgart, (31. 05.13.)  is one of the most dramatic and well-deserved successes that ever befell this famous singer.

This was the second appearance of Nikos in Germany.
Last year he sang one night in Düsseldorf, in the Rex Club, for the audience of young people, who were well aware about all the amazing qualities of this Greek Singing Treasure and his repertoire. Everything went awesome then.

This time the young star was to perform with Stamatis Gonidis, the singer, loved by long - settled in Germany Greek audience, who rushed to see him again, while Nikos Oikonomopoulos for many of them was just a new name.

In the beginning of his programme, Nikos introduced people to his new songs, which are already the leaders of the charts in his home country – “Ora na pigaino”, “Ennoeitai”, “Isihia” and other tracks from his latest, already double platinum album.

It turned out that the Greek population of Stuttgart had never heard of them, as the main source of musical information - You tube - has severe limitations in Germany.

With every note sung by Nikos an interest was growing and when, finally, he started to sing "Poutana stin psychi", the entire Messehalle was thrilled.  With the next one – “Akousa” - people started climbing onto the stage. 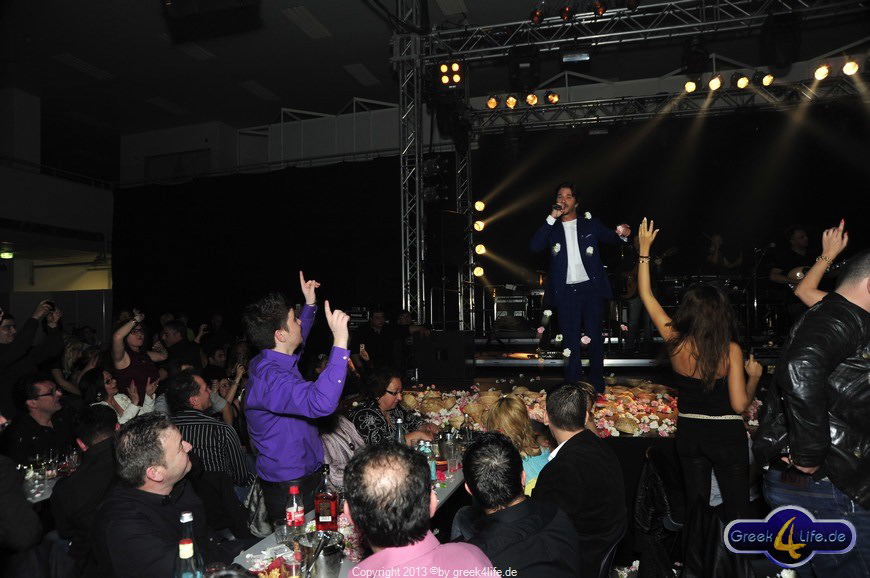 His excellent interpretations of the laika “evergreens” and the popular “covers” made it clear to the listeners that this singer has a voice of rare beauty. At the second part of the programme, which lasted till early morning hours, Nikos created a unique atmosphere of the celebration of the Greek song!

Enthusiastic spectators showered the singer with flowers and danced on the stage, each tried to take a picture with the new idol. 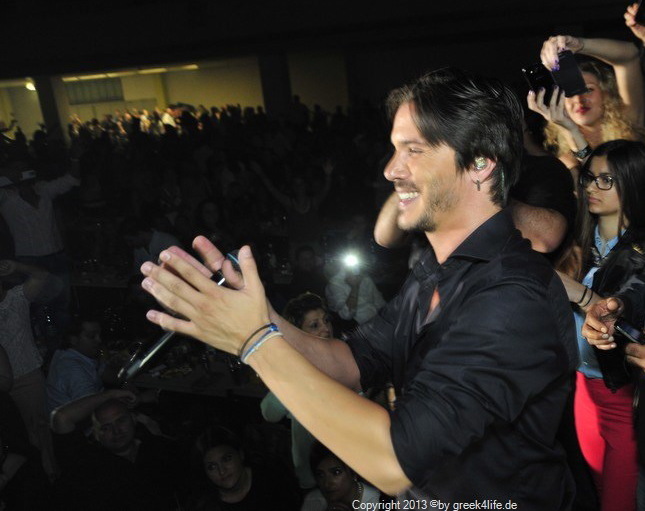 Once again, Nikos won the hearts thanks to his wonderful voice, exceptional charm and genuine friendliness.

So, we can confidently say that from now Nikos Oikonomopoulos is one of the most awaited back to Germany Greek singers!